John Hunt has been involved in cycling at many levels for over 30 years.

He first became a bike fitter in 1989 when working in a bicycle shop that sold Serotta. He learned to fit bikes with a Serotta Fit Bike and a fitting method called the Fit Kit. Rudimentary by today’s standards, but many of the concepts still hold true. Soon after that, triathlon bikes became popular, and John learned to fit via the doctrine of Dan Empfield and Quintana Roo.

He continued to work in bicycle retail until 2001, and stayed involved in the cycling business with various small business ventures. John rode and raced bikes for the entire period that he was working full time, also dabbling in fitting and coaching. He raced bikes at a national level from 1999 until about 2007 (still racing after that- but at a lower level). During that period John won multiple state championships in both the road race and time trial, as well as top-10 finishes in National Calendar Stage races.

In 2004 John started working at a fitting and custom bike studio where he built many custom Serottas, learning to take the concept of an ultimate bike – and bringing it to reality. He also started coaching at Whole Athlete at that time.

Also adding to his depth of experience, John has had some serious injuries along the way that have helped him greatly in understanding how to return from injury both through optimizing cycling biomechanics and with training on and off the bike. He is grateful to share this important knowledge with many of the athletes he works with.

At 56 John doesn’t race as much as he used to, but still enjoys gravel races and other cycling endurance type challenges. John rides road, mountain and gravel bikes, keeping himself fit while employing the training principles he uses to guide the athletes he coaches. He is a proponent of strength training and keeps up on the latest advances in endurance training, always open to learning what works best. Currently, John is exploring Zwift E-racing and how to best implement a wider variety of indoor training options for his athletes.

John truly enjoys helping athletes regardless of age or ability to achieve their cycling goals, either through coaching, or by helping make them more comfortable on the bike through proper fit, or even by building their dream bike!

John is a 32-year Marin County resident living in Fairfax with his wife of 24 years and 2 cats.

If you have any questions feel free to contact John. 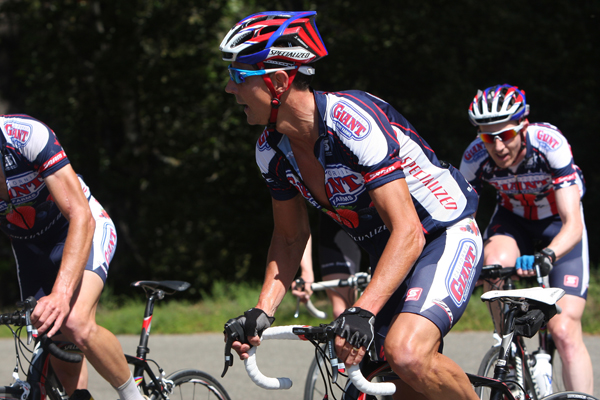